The Zen of Knowing Your Bitcoin Mind Bitcoin doesn’t care about your opinion – or mine. And neither do the world leaders. You may also not care about my opinion. You don’t have to, but here it is anyway. I believe that the fact that Bitcoin does not care about our opinions is a good thing. And it’s also my view that the fact that world leaders don’t care about our opinion is not right. How can I explain good if Bitcoin does one thing and bad if our leaders do the same? This is due to two other very important facts: the first is that world leaders do care about their own opinions, and so their opinions matter, while ours don’t. The second is that while Bitcoin isn’t interested in your or my opinion, it also doesn’t give a damn about the views of our world leaders. And in the end, that’s what makes Bitcoin so great. The great dream of democracy was that our opinion mattered – yours and mine. But let’s face it, they don’t. Seriously, think about it for a second: It’s kind of silly to imagine that the world should or should care about your opinion. Actually, it’s quite arrogant. Who are you that your opinion matters when there are 7.7 billion other people with their own opinion. Don’t be mad at them. Their opinion doesn’t matter. Unless they happen to be one of those leaders who get to make and change the rules. And there is no one to blame, not even those leaders. It’s not that our leaders could somehow manage the whole, huge economic-industrial-agricultural-military-political complex around your opinion – let alone everyone else’s – even if they wanted to. So, all I’m trying to say is, don’t be mad that your opinion doesn’t matter. Accept it. You will find much more peace in that. Think of all the pointless discussions you would avoid if you kept your opinion to yourself. When we first realize that our opinions don’t matter, we can get quite furious. But let’s not despair. We have a solution for this problem. And the solution isn’t to figure out how to get the opinion of a few more people. The solution, surprisingly, is to make sure that no one’s opinion matters. Once again, Bitcoin comes to the rescue to solve a seemingly unsolvable problem with an unimaginably creative solution. It just says, “You people go ahead and have all the opinions you want. I don’t want to hear about it.” And that’s that. That’s pretty good. Like a strict and honest parent, Bitcoin basically lays down the law and tells politicians, central bankers and economists, “Stop stealing from your siblings. I don’t want to hear your justifications.” As an economist a has a great opinion about how much more money needs to be printed, his opinion doesn’t matter to Bitcoin If someone else says he has a better idea about how we use energy, to Bitcoin it doesn’t matter. The leader of a country might be believes that citizens should hand over more of their wealth to him. Doesn’t matter to Bitcoin. A central bank chairman might think that the cost of borrowing money should double. This does not matter to Bitcoin. In Bitcoin, the opinions of all those leaders don’t matter either. So now we have a fair, level playing field. We have rules that apply to all of us. Rules that don’t change. And while our opinion doesn’t matter, that’s okay – no, not just okay – that’s great g! That’s great, because other people’s opinions don’t matter. So I don’t have to worry about their opinion. In fact, I don’t have to worry about the fact that they don’t care about my opinion. What a burden this is off my shoulders. I can finally stop worrying about other people’s opinions. Sure, I might want to hear their opinion, but it won’t be because I’m afraid their opinion could lead to policies that would hurt me. So I can be calm and respond to it just like the dude in “The Big Lebowski” did when he said, “Well, that’s just your opinion man.” This is a guest post by Tomer Strolight. The views expressed are entirely his own and do not necessarily reflect those of BTC, Inc. or Bitcoin Magazine.
Source link 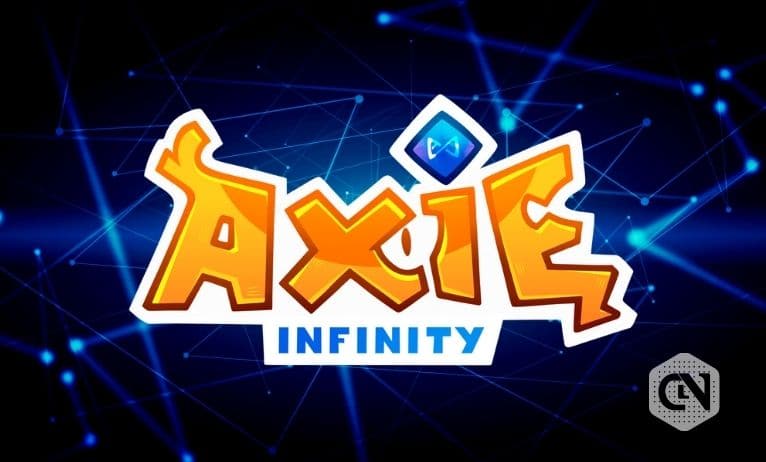 Now users can monetize decentralized video games. Axie Infinity is a fantasy creature-based digital game based on a…
byDanish