Tether, a cryptocurrency pegged to the US dollar, has been one of the most contentious projects in the cryptocurrency world. On the one hand, it has successfully gained market share and established itself as a viable alternative to fiat currencies. On the other hand, controversy continues to envelop tether and its parent company, Bitfinex, over issues of transparency and potential price manipulation. Despite this, Tether remains the most popular stable coin. It is an ideal tool for traders to use in order to avoid price fluctuations and save money on transaction fees. It was founded in 2014, and three years later, in 2017, it was the second most popular cryptocurrency after Bitcoin at bitcoin evolution. Tether has been a boon to the cryptocurrency community because it allows users to transfer funds from one exchange to another without first converting them into fiat currency.

Tether currently has a market capitalization of $78 billion as at the time of writing and a circulating supply of 77.99 billion USDT. It currently ranks at number 4, based on market capitalization, just behind Bitcoin (BTC), Ethereum (ETH), and Binance Coin (BNB). The long-term earning potential of tether is 0.124% in one year, less than one percent. But regardless of the price stability of the coin and the inability of the coin to be kept as an investment, the market capital of tether continues to grow. It has grown from 21 billion to 78 billion in one year, and that’s more than a hundred percent increase. Tether has gained the trust of many institutional investors. If not trusted, then the coin has proven its need and so they can’t do away with it. The market capitalization continues to grow, especially with bitcoin and other altcoins being more volatile. Its purpose has proven true.

Tether hit its lowest ever value in April 2017 when it dropped to $0.9213 and its highest ever price in December of that same year when it rose to $1.0413. Most of the time, the price increase is only a few cents. Cryptocurrency market analysts suggest that because tether is issued as a stable coin and is pegged to a fiat currency, it is only advised to buy it as a possible temporary hedge against cryptocurrencies and should not be considered an investment. Charlie Barton, an investment specialist at comparison site Finder, agrees with this when he says that Tether is not really something to invest in, but instead it is a way to trade cryptocurrency pairs within the crypto ecosystem. An algorithm-based prediction site, Wallet Investor, puts the USDT price prediction for 2022 in a range between $0.993 and $1.014. Tether can’t be more or less than a dollar for a long time because it is that single premise that holds the project together, if it loses its involatility, that would be a problem. Tether Limited, the company in charge of the issuance of Tether, is making efforts to ensure that the price of Tether remains the same. According to Coinmarketcap, the tether price has mostly lived up to its principles in recent months and years, with modest price changes at a monthly low of 0.998 dollars and a monthly high of 1.00 dollars. However, a sudden increase in buying pressure for Tether often has the effect of causing a positive drift from the stablecoin’s 1:1 peg. The increased buying pressure is often as a result of other cryptocurrencies being more volatile than usual.

Since tether is redeemable for a dollar, it makes no sense for it to be valued at anything but one dollar. However, there have been some outlandish tether price predictions made elsewhere that suggest that the crypto could be worth as much as $1.94 in 2022 due to increased demand by institutional investors, but the chances of such a USDT price prediction coming true are extremely unlikely. Although 94% growth should be viewed as a good thing, it could be disastrous for an asset that has built its reputation on dependably mirroring the value of a dollar.

What is the tether price prediction for 2022? One dollar. That’s how the tether was built, and it would be unreasonable for it to be worth anything else. Tether relies on its involatility to survive, but regardless of price stagnation, market capitalization will rise and may even triple by 2022. 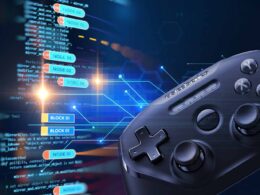 Earning cryptocurrency is great decision for an economically literate person, this is a type of asset that will…
byRadheGupta 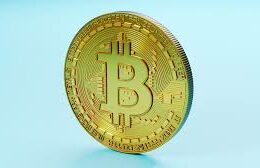 How to Securely Send Bitcoin in a Few Steps

Bitcoin has gradually become a part of people’s lives, from the first time it was used to buy…
byDanish Trading platform helps you to navigate through all the changes that constantly occur in the mainstream. Furthermore, the crypto…
byDanish 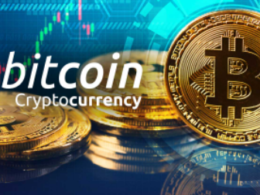 A Crypto Trader? Know Points About Software And Hardware Wallets

Various variables have affected the volatility character of Bitcoin and cryptocurrencies since its inception. This is why the…
byDanish