10 Reasons for the Recent Crypto Crash

Cryptocurrencies are often seen as a path to get-quick riches, and while many people have made a fortune trading in this highly-volatile market, there are others that haven’t fared as well. Success in crypto trading depends on how people approach the market and whether external factors align.

Many people will lose all hope in cryptocurrencies after they lose money trading in it for a while. They also term it as a big gamble. Trading in cryptocurrencies is indeed a gamble but so is every kind of trading if not backed up with informed decision making. You can minimize your risks markedly if you approach it smart and make thorough evaluations.

Risk evaluation is one of the key tenets of crypto investment. You cannot make smart investments unless you understand the risks involved. You can get lucky a couple of times, but if you do not follow the right news or are unaware of the factors involved, you can find yourself in a tough spot.

Recently, the news of the cryptocurrency market crash, which reduced its market capitalization from $1.02 trillion to $983.72 billion, has left many people shocked. Since the crash, all currencies have been trading in red, prompting many to wonder what lies ahead.

The public’s sentiments are understandable, and we sympathize with those who lost their savings in the recent crash. However, this also opens newer opportunities for would-be investors.

During a dip, you can buy cryptocurrencies at lower rates, but this investment needs to be made after proper deliberation.

After a dip the market usually bounces back and you should make investment decisions on the basis of the information available. If you believe the market will rise again after the crash, you can go ahead and buy ethereum now, which is one of the leading coins to buy in the crypto market.

This blog will try and explain the factors behind the recent crypto crash. It also aims to assess what lies ahead for the market.

Here are the 10 reasons for the recent crash:

In a bid to control inflation, the US Federal Reserve hiked the interest rate to slow down borrowing and curb spending. Anticipating a recession, the people started withdrawing their investments in various cryptocurrencies, prompting a market crash.

As cryptocurrencies started losing value, people started selling off their digital assets to minimize losses. This selling frenzy triggered a domino effect that continued until the market effectively crashed and lost its capitalization.

Cryptocurrencies aren’t unregulated, but there have been governmental efforts to regulate the market to bring it under control. These efforts have led investors losing confidence in the crypto market.

Part of the appeal of cryptocurrency is the way it continues to remain unregulated, which means that is controlled via the blockchain alone. This feature means that no government can lay control to cryptocurrencies in the way that it operates now.

If a commodity is short in supply in the market, its value increases, whereas if it is abundant, its value decreases.

The same market forces impacted the cryptocurrency, LUNA, which crashed as people started selling it. The selling of LUNA led a great many others to follow suit, as no one wants to hold assets in a market saturated with supply, which would naturally decrease its value.

A future contract ensures that a commodity would be sold at a fixed price in the future when it reaches that level.

So, those who had future contracts witnessed the conditions being met, leading to their liquidation, and increasing the supply of cryptocurrencies in the market.

As the supply increased, its value fell, and as mentioned above, it started a chain reaction that culminated in the crash.

Another key factor that shattered investor confidence was when they saw a stable coin fall below its pegged value.

The coin, which was originally meant to provide a relatively safe option to investors in the face of market volatility, dashed investors’ hopes when it crashed. This may have prompted many investors to suspect whether something was afoul.

If people around you start selling their shares, it would also prompt you to suspect if something was brewing. The same goes for the crypto market.

As many people saw their peers withdraw investments, they started following suit.

Public sentiment is a combination of the aforementioned points and is a reaction to various external factors. With many people suddenly withdrawing their investments, it was only natural for the market to crash.

Another related factor is the way NASDAQ reacted to inflationary pressures and the hike in interest rates.

As public sentiment became manifest in NASDAQ ratings, the cryptocurrency market was not far behind, and soon the panic gripped the crypto market as well. These series of events led people to withdrawing their investments, prompting the crash.

If major market players exercise caution and halt operations as was the case with Celsius Network, it is likely to have an impact.

So, when the public saw the major players leaving the field in response to the “extreme” market conditions, they followed suit, and the perception gained traction until the market experienced a total meltdown.

Therefore, the role of key market players cannot be discounted from the equation at all.

Following the recent crash, there are all sorts of explanations floating on social media. However, this is not at all the end for cryptocurrencies. This crash is merely a setback that might eventually lead the cryptocurrencies towards stability. Perhaps, the market would become less volatile in the future, with established currencies remaining relatively stable. Once stability is achieved, maybe these currencies would gain wide-ranging acceptance across the globe. It remains to be seen how the situation evolves in the coming weeks as the dust settles. Some people believe that the market will rebound, and while nobody can guarantee this, speculations are rife that this might happen in the coming months. 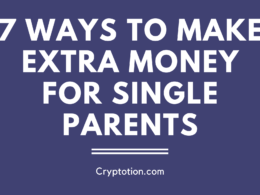 Being a single parent is never easy. You have to juggle work, Parenthood, and everything else in between.…
byDanish

Tether, a cryptocurrency pegged to the US dollar, has been one of the most contentious projects in the…
byDanish 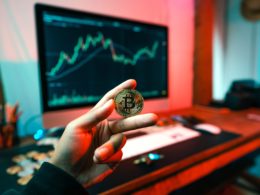 If you’re interested in crypto trading, you should consider creating an account with a trusted crypto exchange.  The…
byDanish The Power of NFT: Will NFT Ever Rule the World?